There are a lot of cryptocurrencies in the market besides bitcoin, but they are not talked about that much. Bitcoin is popular because it was the first cryptocurrency, but that doesn’t necessarily mean it’s the best. Several other cryptocurrencies were conceived to solve major problems with Bitcoin.

Just like Bitcoin, LTC is an open-source, peer-to-peer, decentralized cryptocurrency. It was created in the year 2011 by a software engineer named Charlie Lee, an MIT graduate and former employee at Google at the time, and announced the launch on a popular message board platform BitcoinTalk. Litecoin is a software fork of Bitcoin, meaning Litecoin’s code is very similar to that of Bitcoin with minor changes to improve upon the existing technology.

As of February 2021, LTC has a market cap of $13.28 Billion at a per token value of $198, making it one of the 10 biggest cryptocurrencies in the world. Litecoin is often referred to as “silver to Bitcoin’s gold” and that is because the currency was created not to compete with Bitcoin, but to complement it, rectifying some flaws that existed in the Bitcoin ecosystem.

When compared to Bitcoin, LTC is considerably faster and a lot cheaper which makes it a practical choice for a lot of people. The creators of LTC call it the Lite version of Bitcoin. Someone in New York can send payments via LTC to someone in London, in a matter of seconds for a fraction of the cost. The same is not possible with traditional transaction methods, and other cryptocurrencies charge significant fees.

How Does Litecoin Work?

Fundamentally, Litecoin is based on blockchain technology which is a public ledger distributed on a network of computers that rely on a consensus protocol to verify transactions. Similar to Bitcoin, a block is added after a transaction is verified by a participant in the network.

How Is Litecoin Mined

Unlike other cryptocurrencies, the makers of Litecoin kept in mind the idea of a democratized mining system, and hence to mine Litecoin, one doesn’t need specific hardware. Instead, users can use everyday devices like consumer-grade laptops or computers to mine the coins.

The supply of LTC is fixed at 84 million, which is almost 4 times that of Bitcoin i.e. 21 million. Currently, as of February 2021, there are 67 million LTC in circulation. The miner who first verifies a transaction is incentivized with a reward of 50 LTC’s. This amount is reduced with time, and it is halved at fixed intervals — i.e. when 840,000 coins are mined. 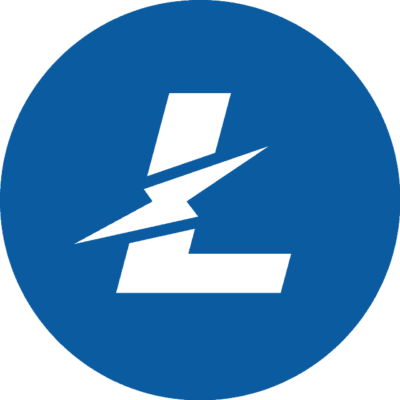 While it takes 10 minutes to generate a block on Bitcoin, the time taken to do the same on Litecoin is approximately 1/4th of that on Bitcoin i.e. 2.5 minutes, this reduces transaction speeds considerably. The transaction fees are also very less i.e. 1/1000th of a Litecoin regardless of the size of a transaction, Bitcoin, on the other hand, charges a lot more, depending on the amount of data that makes up the transaction. Even Paypal charges a transaction fee of 3%.

At a time, more transactions can take place on Litecoin than Bitcoin due to the faster transaction processing speed, making it more scalable than Bitcoin. This was done by removing signature information to decrease the load on the system.

Litecoin uses the ‘scrypt’ proof-of-work algorithm to verify transactions, whereas Bitcoin uses the SHA-256 algorithm to carry out verification. Litecoin is stored similarly to other coins i.e. on digital wallets or hardware/cold wallets.

Litecoin is based mostly on C++ and uses similar protocols to that of Bitcoin. The SHA-256 algorithm is relatively more complex than Scrypt, as it allows a greater degree of parallel processing. Bitcoin uses Application-Specific Integrated Circuits (ASICs). Scrypt does not require that, in contrast, making Litecoin mining more accessible to the public.

Similarities and Differences between Bitcoin and Litecoin

As mentioned earlier, Litecoin is quite similar to Bitcoin in that they share almost the same code. The authors only modified parts of the code to fill the gaping gaps in the Bitcoin ecosystem. The biggest challenges for Bitcoin are the problems with its scalability. The three most significant differences are the speed of money transfers, service fees and market value. The market value of Bitcoin is much higher than that of Litecoin; in January 2021, it was over $ 800 billion. Litecoin is nowhere near that amount. It has not yet gained worldwide popularity, but this is slowly changing and Litecoin may still become mainstream as the number of people buying and using it as a currency grows.

Litecoin and Bitcoin both use a consensus method called Proof of Work. Proof of Work is a traditional consensus method in which block chain maintenance is performed with physical mining equipment. Like new bitcoins, new litecoins are created for the world as mining bonuses. A new block of the block chain is created every 2.5 minutes. The figure corresponding to bitcoin is 10 minutes. As a result, LTC events are up to four times faster than Bitcoin events.

LTC and Bitcoin are technically very similar. LTC and Bitcoin are derived from the same program code and their block chains are nearly identical. Litecoin founder Charlie Lee has said several times that LTC will benefit significantly from this. Litecoin can also take advantage of Bitcoin network upgrades in its own operations. A good example is the Bitcoin SegWit update, which was also activated in Litecoin last year. The SegWit upgrade improved Litecoin’s network capacity. In addition to SegWit, Litecoin also utilizes flash, which is also familiar from Bitcoin. Thanks to the Lightning network, litecoin transfers are very fast. Litecoin also has a small difference to Bitcoin. Litecoin plans to launch the MimbleWimble privacy feature. This privacy feature means that Litecoin users can protect their privacy in the future. No similar privacy feature is planned for Bitcoin at this time.

Both are intended to serve different use cases. Bitcoin is a storehouse of value and an alternative to our current monetary system. In the case of Litecoin, faster transactions and lower transaction fees make it suitable for everyday use.

The important thing is to understand that although the two are almost identical, the Litecoin block chain is not branched from the Bitcoin block chain. It is a completely independent cryptocurrency with its own block chain. There are only many similarities between the two block chains.

Litecoin founder Charlie Lee has played a very important role in the project since its inception. Even today, Litecoin personifies Charlie Lee very strongly. In 2000, Charlie Lee graduated from the Massachusetts Institute of Technology (MIT) with a master’s degree in computer science. After graduating, Charlie Lee started working at Google.

Charlie Lee worked at Google for more than a decade, until in 2011 he became interested in Bitcoin. Very soon, Lee realized that there might be room for another cryptocurrency alongside Bitcoin. The Litecoin network was finally launched on October 13, 2011. So Charlie Lee created Litecoin relatively quickly. Some say Lee copied the Bitcoin code and made only a few changes to it. There is nothing wrong with that because Bitcoin is open source software that anyone can use for free. Since its inception, Litecoin has been well received. Today, Litecoin has established itself as one of the largest cryptocurrencies in the world.

Charlie Lee’s goal from the start was to make Litecoin faster and lighter than Bitcoin. How he succeeded in this goal is explained in the next paragraph, which deals with the differences between Litecoin and Bitcoin.

Where can I buy Litecoin?

One can easily buy Litecoin via an exchange, there are a variety of exchanges available on the market. All you have to do is make an account and provide all the necessary information and set up a digital wallet. This does not take a lot of time and can be done in a matter of minutes. You can then easily participate in the Litecoin ecosystem and make money.

What does the future hold for Litecoin?

It’s hard to predict the future even for seasoned economists, but the general outlook is positive for the whole cryptocurrency ecosystem, with industry giants like Tesla backing the movement and an increasing number of businesses and governments accepting cryptocurrencies, Litecoin is for sure to make progress. The user base for the currency is also increasing rapidly.