ChainLink is perhaps the most important blockchain project since Bitcoin. And for the DeFi sector, ChainLink is inarguably the most groundbreaking project to date. This is a bold statement, but from antecedents, hype, and a solid technology powering this platform, this statement is nothing less than undiluted facts.

Since its launch in June 2017 San Francisco, the company has established itself as a key industry player worthy of the top three spots in terms of market value and popularity — after Bitcoin and Ethereum, of course

The company that developed LINK is one of the top decentralized oracle solutions. They act as a bridge between traditional data sources, smart contracts, and blockchain projects using the $LINK token.

There are many blockchain projects, some with no utility, others claiming to solve world problems and not delivering on their promises, and then there’s Chainlink.

People wonder why the project is so outstanding and why the hype surrounds it.

Short answer: it solved a major problem with smart contracts and their reliability (the “Oracle Problem”).

Chainlink is a blockchain company every crypto enthusiast should know a thing or two about. That’s why the Finvesting.net team created this guide to introduce Chainlink and help you understand how this blockchain platform works.

Chainlink is a decentralized network that provides data from sources off the blockchain and feeds this information to blockchain smart contracts via ‘oracles’. This is why they say it solved the oracle problem.

Smart contracts derive their data from oracles, which are data sources gotten off-chain. If we feed a smart contract with data from a malicious or unreliable source, the smart contract will still process the code and what comes out will be incorrect and highly unpredictable.

This is what we call the “Oracle problem”, and Chainlink helped solve that. The Chainlink team, led by Sergei Nazarov and Steve Ellis, discovered a genius way of retrieving and sharing information from oracles without risking the security of the blockchain platform.

They did this by creating a decentralized blockchain that acted as a bridge between oracles and smart contracts. The Chainlink system acts true to its name.

The system is primarily a collection of separate nodes which act as individual smart contracts collecting and verifying information. As a result, Chainlink created a smart contract infrastructure.

This Chainlink infrastructure allows smart contracts to access verifiable resources like bank account transactions, data feeds, and web APIs. Smart contracts now have the option of choosing from multiple sources of information instead of relying on just one source.

Many people believe LINK is the piece of tech that would finally take smart contracts and the entire blockchain mainstream. With this technology, traditional legal agreements will become obsolete and replaced with smart contracts that are truly incorruptible and accurate. 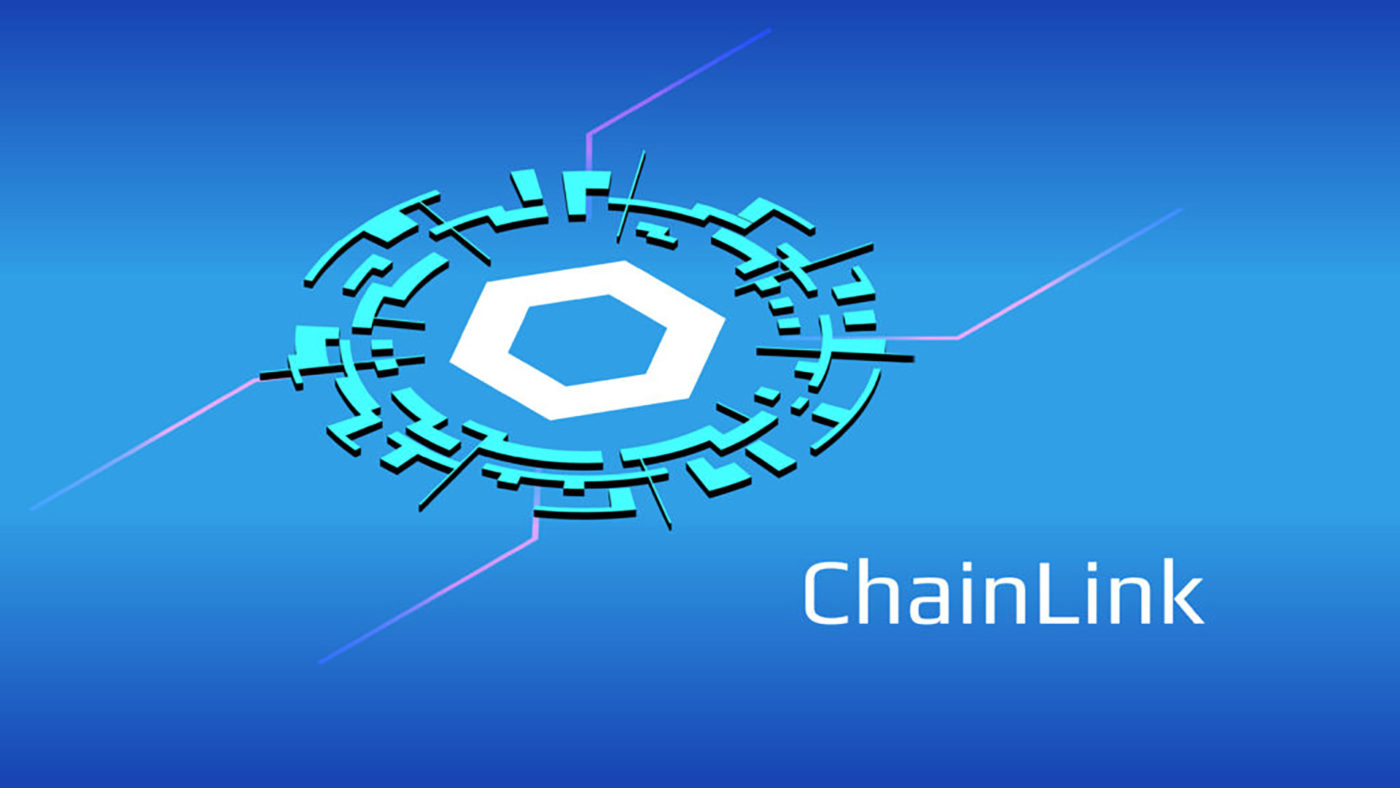 How Does Chainlink Work?

For Chainlink to achieve this feat, it split its operations into two processes, i.e., the off-chain and the on-chain process.

How It Works On-chain

The creators of Chainlink developed the on-chain process on the Ethereum network. The On-chain process has three major components that make it work: the reputation contract, the order matching contract and the aggregating contract.

The reputation contract keeps track of the oracle metrics, the order matching contract takes bids from each node based on agreements and parameters set by the creators of that smart contract.

The aggregating contract collects answers provided by individual nodes and computes an ultimate answer to the user’s question. The on-chain process is a three-way process; it involves:

How It Works Off-chain

But how does LINK read data off-chain? The ChainLink core software translates the off-chain data in a way that they can read it on-chain.

A company called SmartContract created Chainlink. It was still a startup when they conceived the idea of developing this project, now it’s a top 10 cryptocurrency project by market capitalization.

Ari Juels is considered as the third most-important figure in the company. He co-wrote the ChainLink white paper with the two co-founders.

Andrew Miller, a former professor of computer science at the University of Illinois, is an adviser on ChainLink.

Hudson Jameson, who is a prominent Ethereum developer, works as an advisor on the team.

The LINK token is an ERC-20 token with ERC-223 functionality. This means you can allow smart contracts to receive and process tokens in a single transaction.

They use the LINK token in paying node operators on the ChainLink network. ChainLink is currently one of the most profitable cryptocurrencies any crypto investor should HODL. At the time of writing this article, the LINK token is worth more than $25 and ranked as the 9th biggest crypto by market cap.

The LINK token gets its value from the number of operators working the off-chain infrastructure of the network. The numerous use cases of this blockchain platform also contribute to the rise in the value of the LINK token.

The LINK token has a total supply of 1 billion coins, with the company keeping 30% of tokens for continuous development and staff welfare.

According to information on the official website, “35 percent of the tokens were dedicated to the ICO. The remaining 35 percent tokens (i.e., 350 million tokens) will be available for incentivizing the network, i.e., Node Operator payments.”

Where can I buy $LINK?

You can purchase the Chainlink token from any of the top exchanges. Binance is of the best crypto exchanges to get $LINK.

Who participates in the Chainlink network?